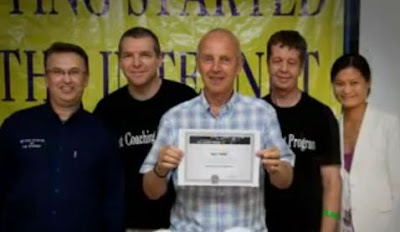 Police in Britain have arrested the chauffeur and fixer of former British DJ and TV presenter Jimmy Savile on his return from Thailand.

Ray Teret, 71, was arrested by Greater Manchester Police at a house in Altrincham.

Manchester Police’s Serious Sexual Offences Unit is investigating allegations that he raped three women when they were schoolgirls.
﻿

Teret left Thailand earlier this month stopping off at Geneva on the way to visit friends. His last known whereabouts in Thailand were in Chiang Mai Province.

He had known Jimmy Savile, now the subject of  Operation Yew Tree,  since the early sixties when both worked for the Mecca organisation. 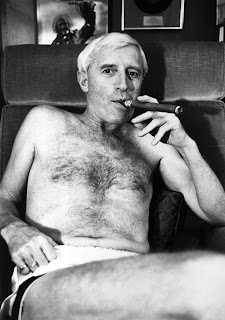 Teret shared a flat with Savile in Sale, Cheshire, and also became a chauffeur when for him when Savile became famous on BBC’s Top of the Pops.

He later went on to be a disco jockey on Radio Caroline – the pirate radio station which operated ships in the Irish Sea and North Sea.

Teret however soon fell from the limelight . He worked as a DJ for Manchester Radio Piccadilly, but in 1999 aged 57 he was jailed for six months for the statutory rape of a 15-year-old.  The girl had consented.

More recently he had been living in Pattaya on Thailand’s eastern seaboard where he attended an internet course promoted in the Pattaya Times newspaper.

The seminars were held by the (name deleted by request) Success Academy and were promoted by the Pattaya Times newspaper run by an American called Drew Noyes.

Shortly afterwards he changed his career to internet marketer and started selling ‘Slimtea’on the internet.  He also continues to do the ‘Ray Teret Show’ on an internet radio station called ‘Voice of Peace’. 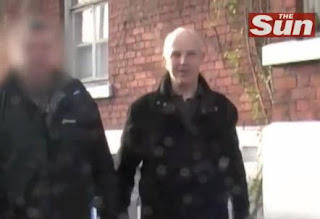 He had recorded three programmes for the show in Geneva before flying back to London.

Manchester Police said the arrest was independent of Scotland Yard’s ‘Operation Yew Tree’ but the SUN in London is reporting that the three complainants also knew Jimmy Savile, which was confirmed by police.

Correction: See letter from David Cavanagh. Actually obviously there are no prize winners at these seminars. Everyone who attends and pays gets a graduation certificate.

VIDEO EXCLUSIVE: ‘HE WHO SWOOPS LIKE AN EAGLE’ SAVES THAILAND FROM FINANCIAL CRISIS.-

October 31, 2013 Andrew Comments Off on VIDEO EXCLUSIVE: ‘HE WHO SWOOPS LIKE AN EAGLE’ SAVES THAILAND FROM FINANCIAL CRISIS.-

June 2, 2014 Andrew Comments Off on THAI BRIDES’ VISA AGENT ON CHILD SEX ABUSE CHARGE – TO DEFEND HIMSELF NEXT MONTH