ANOTHER ABUSE OF THE LIBEL LAWS 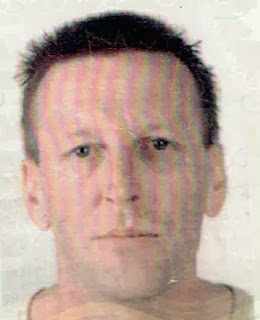 A Canadian oil industry engineer has been banned from leaving Thailand after telling a German in a private email to ‘eat sh*t’.

Tommy Rooney, 52, from Ontario, said he made the remark, er, and a little bit more, after the German made a derisory offer for a notebook computer he offered up on the website Baht/Sold.

In a three year ordeal he was first arrested and banged up in Pattaya lock-up for his transatlantic reaction, he said, and accused of  libel. He had to pay 60,000 baht bail.

Libel in a private email?

But of course you cannot libel someone in a private email and the case was dropped, and the German and the Police Lieutenant who was supporting him were warned they could in turn be sued.

But now three years later Mr. Rooney’s passport has been seized again and he has been accused of insulting the German. The maximum fine, he says, is apparently 500 baht, but he is stuck in Thailand and he faces demands of compensation of 100,000 to 200,000 baht.

Rooney said he paid C$24,000 in tax after working in Canada for four months last year but the Canadian Embassy has not lifted a finger on his behalf, he says, even though he adds it is clear he is the subject of a conspiracy.

He has put a video up on YouTube to tell his story (See below). He said he had apologised to the German, called Randolph Magold, but the German’s Thai wife refused to accept it demanding financial compensation.

A Randolph Magold is still whinging about the price of laptops here on Facebook.

Rooney, a supporter of the Father Ray Foundation says he desperately needs to get back to Canada to save his right leg as he has a blood circulation problem which needs an immediate operation.

“I had put the notebook computer on the internet at a fixed price of 8000 baht. NO  OFFERS. But the German sent emails demanding further specs and asking more and more questions – then he said he would offer 6,000 baht.

“My father had just died. I was looking after him here. I was in low spirits when this German was niggling me,” he said. 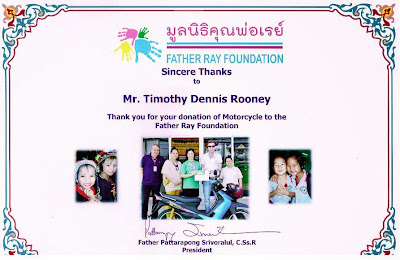 More of this story as it develops including hopefully a reply from the other side.’
The Flying Sporran Comments:
OK THAT WAS TRANSATLANTIC. THE STORY ABOVE IS NOT FUNNY NOW CLICK BELOW
PICK OF THE DAY – WHAT THE BRITISH REALLY MEAN

I LAUGHED OUT LOUD.

HARLEQUIN and the BBC – ‘THE GREAT SAVINGS WIPEOUT’ POSTPONED

March 28, 2013 Andrew Comments Off on HARLEQUIN and the BBC – ‘THE GREAT SAVINGS WIPEOUT’ POSTPONED

Royal Marine Was Scammed By Pattaya Businessmen While Serving in Iraq

April 5, 2012 Andrew Comments Off on Royal Marine Was Scammed By Pattaya Businessmen While Serving in Iraq