‘I JUST CAUGHT THE PATTAYA BUS’..

New Zealander Tim Ward, Pattaya’s perhaps highest profile tourist is absolutely livid over a visit to his house by Pattaya’s ‘Special Police’.  He says after reporting a burglary a gang of them turned up at his house, produced two ‘crack pipes’ and dragged him to the police station with intent to charge him with drugs….or perhaps a shakedown. 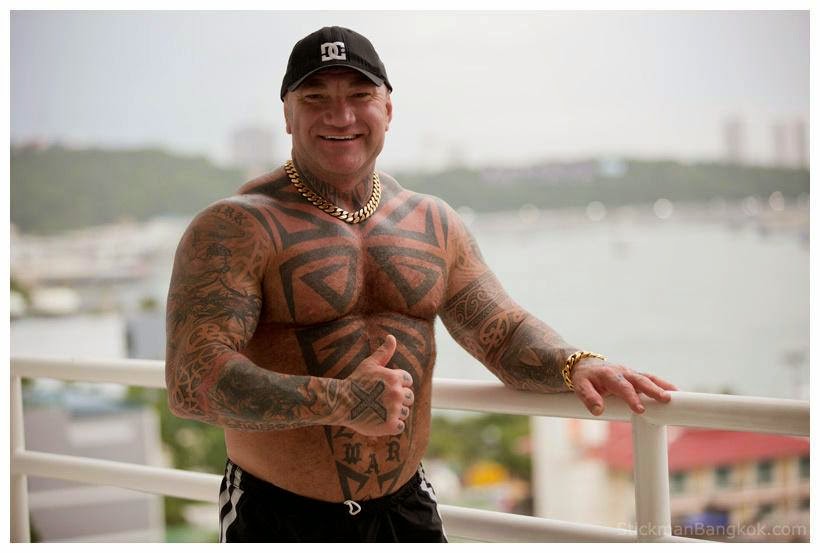 Muscular Tim Ward, better known in the resort as ‘Sharkey’, is deceptively confusing. One the one hand, covered in Maori tattoos he gives interviews on the pros and cons of steroids, and worse he writes about prostitution and that he pays for prostitutes and is not shy about about writing about it on Facebook page.

“I do not know what is wrong with saying I go with prostitutes,” he says. “I am doing what the resort of Pattaya was created for.  I have just caught the bus along with everyone else. Its their bus they are asking me to take.”

This is of course the wrong thing to say publicly in this city of denial and his remarks about ‘western women’ have also offended.

He has also been called a ‘gangster’, ‘a money lender’ on Australia’s ‘Gold Coast’ where he did in fact make his fortune in clubs and in a money lending business.  He does not deny he ‘knows how the street works’.  Pictures of him with fast cars seem to almost to lampoon him as a Gold Coast mobster.

On the other hand Tim Ward in many ways is the perfect tourist for Pattaya. He owns his own condo in central Pattaya (where he was robbed) He complies with visa regulations, and being wealthy in his own right he does not bother with border crossings in Cambodia.  He flies back to Australia every three months. He is not on a false work permit having ‘retired’ and he does charity work to boot raising money for some less well off Thais. 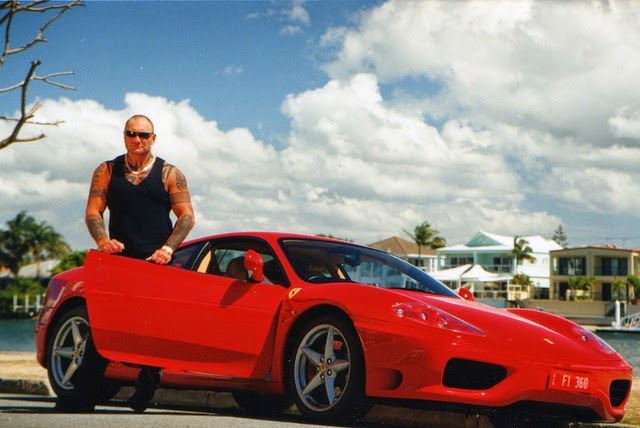 He does not drink, does not smoke, and does not take drugs, except for steroids and that is not illegal, though importing them is.  And he spends a lot of cash. This is his story, which he posted on Facebook. I have edited parts.

“On Saturday the 27th of September 2014 one of my apartments was broken into. The building security phoned the police.. One single uniform officer turned up.. He started doing his job, asking questions and taking notes.. Then around 10 minutes later 7 plain clothes police turned up.


They completely took over.. They started ransacking my apartment, pulling clothes out of draws and making a complete mess. Effectively they were destroying all and any evidence of the original break in. 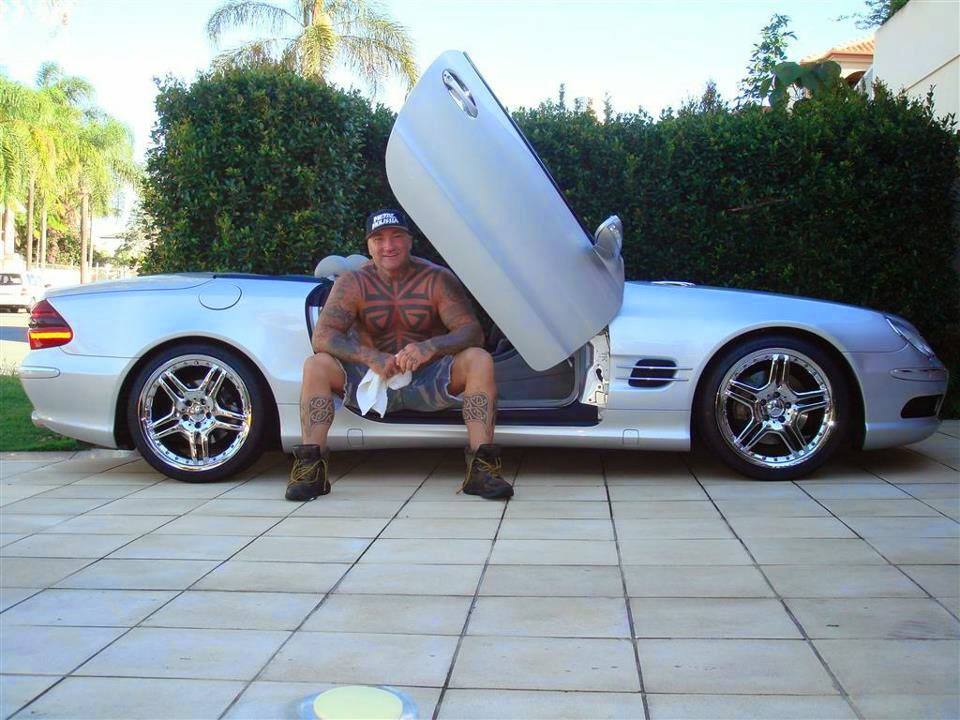 Then one of the police searching my bedroom mysteriously found 2 used crack pipes.. Here we go.. Welcome to Thailand.

I was really pissed off…. So anyway.. I never did see the crack pipes again.. They disappeared as mysteriously as they first appeared.. I never was given a blood test to check my blood for drug use.. And I never was shown a search warrant that allowed the police to ransack my apartment.. After 2 hours of being held against my will I was free to return home.. The end result. 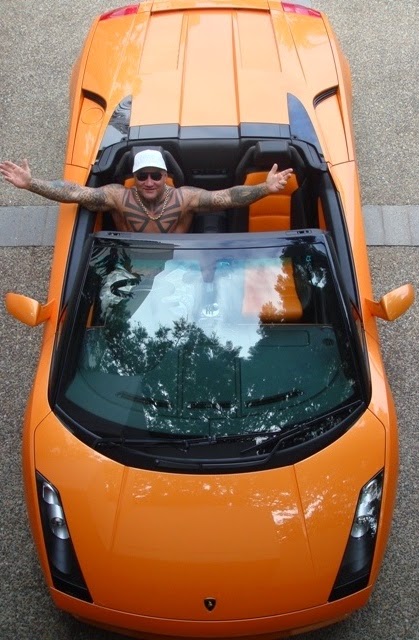 Well over 1 million Baht of currency and gold gone.. The Thailand mafia police actually warn you about speaking out against them.. F@#k Them.. I have never been intimidated by bullies.. So I want to speak out for the whole world to nothing. If I end up dead with a bullet in my head. It wasn’t suicide..

I know the game, and I know the risk of standing up against corruption.. But they picked the wrong guy to pull this shit on.. I will fight them until my money and gold is returned.. Please share this and beware.

I spoke to Sharkey today and he says the ‘crack pipes’ disappeared at the police station after he created a rumpus and a policeman said: “ We think they belong to someone else.”

He said he had been told to leave his apartment untouched as the ‘forensic people’ would return on Monday to take fingerprints.  They did not turn up, he said, but anyway it would have been a pointless exercise as all they would find possibly traces of Pattaya Special Police.

“Look just because I am what I am and do what I do, does not mean I should be set up with drugs. That was their mistake. They just did not need to do it,” he said.

The trouble of course is that being high profile in Pattaya can sometimes be a road to low profile in a Thai jail.

How many Pattaya police does it take to investigate a burglary?

When I last checked a post by him on his Facebook page had a staggering 15,000 likes so quite clearly Tim has a mighty following. He has a total of 90,000 followers on his Facebook Sharkey and Ward profiles, he says.  But what will happen next? He has made a formal complaint and hopes Colonel Supatee, Pattaya’s new police boss, who has been doing some spring cleaning, will listen with sympathy.

The current military government is apparently earning top marks for its housekeeping so far with over 90 per cent of people quizzed giving it a thumbs up in a Dusit poll. But the task ahead is horrendous in its application judging from reports still coming in.