Two young graduates were jailed for five years to, reduced to two and a half because they pleaded guilty, on lèse majesté charges in Bangkok.  The news travelled quickly around the world but what seemed to come across was how dignified the students have actually behaved.

Patiwat Saraiyaem, 23, and Porntip Mankong had been accused of insulting the Thai monarchy in a drama put on at Thammasat University in 2013 entitled “A Wolf’s Bride,” which featured a fictitious king and his advisors.

Porntip was quoted as saying she enjoyed had prison and had made a few friends and they all sang together.

This is in stark contrast to Drew Walter Noyes an American who claimed in his newspaper that he had spent 14 years in service to the King of Thailand.

Many are surprised he himself has not been done for lese majeste but he has screeched through his trial on a charge of extortion, as he does through all his court cases claiming there was a conspiracy against him.

And has repeatedly stated even in court in Pattaya” I am never going to jail.” 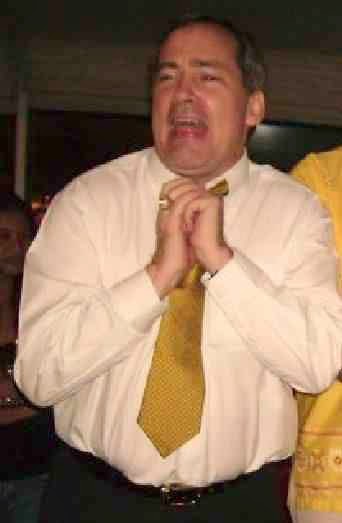 He was found guilty and sentenced to two years along with his common-law wife Wanrapa Boonsu. They are now on bail appealing their conviction for extortion.

In his spare time when he is not claiming he is a MC at Royal occasions, and the recipient of royal medals, he rants about the author of this site who he says his hiding out in Cambodia and has currently offered US1000 for his whereabouts.

I will disclose this tonight on social media.

To claim your US$1000 go along to One Stop Service Center, Kehe Rower 1. Ground floor next to the 7/11, 448/4-5 Thepprasit Road, say ‘I’m Chalky White the Flying Sporran is at (see social media beginning with F and ending with K ) and I claim my thousand bucks.’

Drew says he has got the cash ready. Let me know if he pays and I’ll raise a toast.

Sad news from Cambodia I’m afraid at least for all those poor people objecting to the building of a dam at the base of the Kardoman Mountains near Koh Kong.  Spanish activist Alejandro Gonzales-Davidson has been arrested on visa charges and will be deported tomorrow.

Of course he is not the only protester. There are also monks and 1,500 villagers, one of whom says she does not want the Chinese money ‘even if it’s piled over my head.’  She wants to leave something for her grandchildren. The Chinese are building the dam.

And finally back in Thailand again, a twenty something Burmese woman has been found murdered in Koh Samui the largest island in an archipelago known for the murder of 23-year-old female foreigners.

The Thai police are as usual on the ball and the Bangkok Post has already reported that the woman was probably killed by her Burmese boyfriend with an accomplice no doubt Burmese. who probably wanted to rape her.

They ran, deduced police, after they realised they had killed her with duct tape. Police could of course be wrong but this is all very logical in the Thai context. Expect a round up of the usual Burmese suspects. 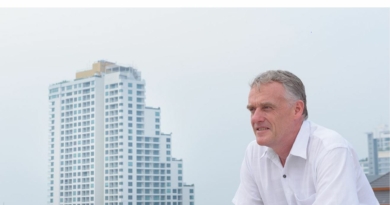 OOPS I DID IT AGAIN – GOT LOST IN THE GAME