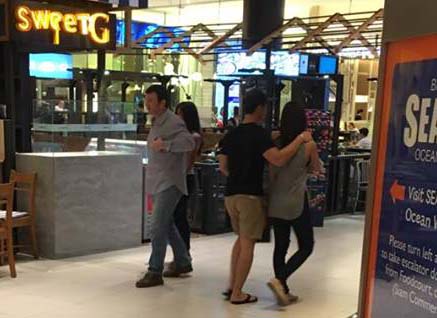 Scot Brian Goudie, formerly known as Goldie,has been spotted out shopping in Siam Paragon, Bangkok, after vacating his ‘Key Bar’ in Pattaya when a warrant for his arrest was issued.

The phony British barrister was spotted this afternoon at Siam Paragon with his latest Thai girlfriend Oui Jirapan studying menus in the restaurant section. 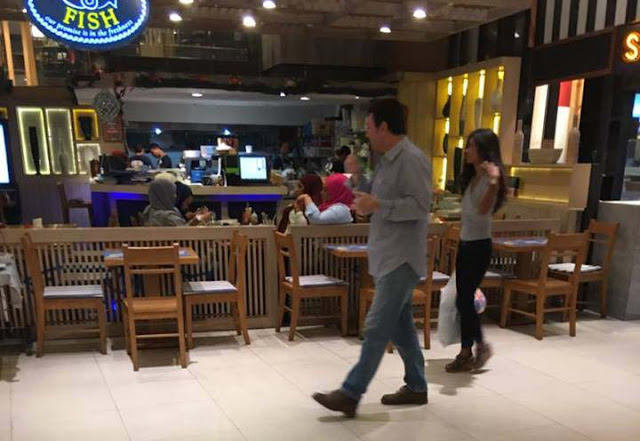 Goudie, originally from Falkirk, the son of a Scottish labourer, is also on bail and appealing a three year prison sentence for cheating 78-year-old Barbara Fanelli Miller, from Madison, Wisconsin out of 7.8 million Thai baht.(US$220,000 although laywers say a more accurate figure would be over US$300,000).

Part of that figure was some 400,000 baht in bail for Barbara Miller’s son – who subsequently died in custody without proper treatment for an existing heart condition.

Goudie later claimed that his client Greg Miller was a cheating ‘perv’ and it was he who was trying to bribe the authorities. 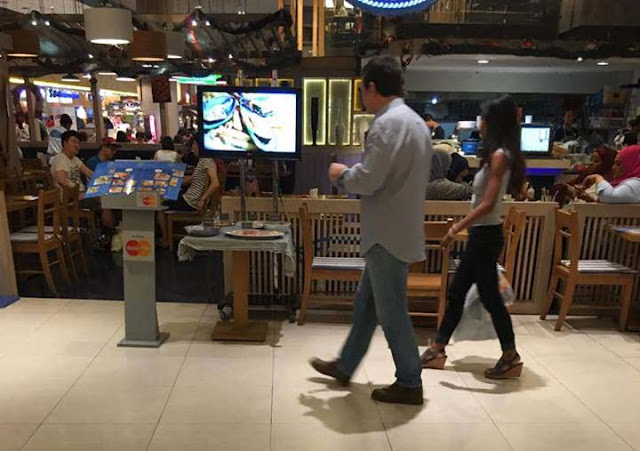 All Halliday’s assets in the UK has been seized under the Proceeds of Crime Act, but he had the ‘Blarney Stone’ pub in Pattaya and two apartments which he allegedly signed over by thumbprint to Goudie, while in custody in Pattaya and dying of the flesh eating disease necrotising fasciitis.

Goudie changed the name of the bar and guest house in the Jomtien Complex to the Jaggie Thistle and put the deeds in the name of ‘Nang’ the day after it was raided and found not to have rhe right licences.  He later wrote on his website CasewatchAsia that Nang was running a brothel.

He has now transferred control of the premises (in name anyway) to his latest girlfriend Oui Jirapan from Surin pictured with him.

Prior to arriving in Thailand a warrtant for his arrest had been issued for him by Scottish Police for an alleged fraud on the Royal Bank of Scotland. It was later withdrawn having timed out.

And he was convicted and jailed for 6 years by judges in Perth, West Australia, for stealing some AUS$400,000 from a West Australian mining company.

He re-invented himself and arrived in Thailand declaring he was a British bartister and former officer in the Royal Marines. He of course lied about his law degree and his military status – though he had been a weekend sailor.

More recently he was the subject of the documentary ‘Brian Goldie – Scottish swindler’ – by Makeworld Productions.

Brian Goiudie and Oui filming themselves in Walking Street, Pattaya at the New Year