ACCOUNT ON FINANCIAL SCAMMERS IN PHNOM PENH INFURIATES AS EXPATS IN RANGOON ARE NOW TARGETTED.

‘Cornettos, very young schoolgirls, a secret pad – and a journo’

Independent financial advisers, feeling the heat in Bangkok, have been stepping up their efforts to find customers in Myanmar paying flying visits to offer unbeatable deals to expats wondering what to do with their pension money. 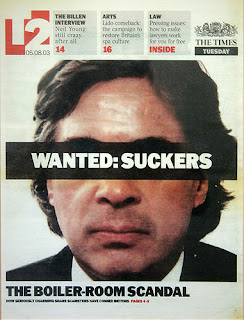 Myanmar is particularly attractive for scammers because foreigners working there for foreign companies are paid in cash dollars.

However, to transfer cash out of old Burma can be something of a nightmare. I guess there must be many ways around this and there is stuff on the net about how people are doing it.

One merely said he takes out a stash of cash every time he leaves the country.
Doing it the official way, I am informed, one has to turn up at a bank in person and fill out a long form with several declarations, and then wait, sometimes months.

I am happy to be corrected, but in any case expats I spoke to in Rangoon last night said there were indeed problems and it was all a pain in the posterior.

But never mind. Your financial adviser can get the cash out for you for your investment for, say, buying property in London or a parking space at Glasgow airport, less of course deductions for Forex charges etc. 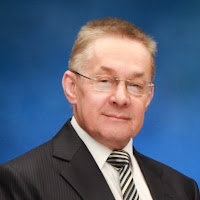 One such recent visitor was Andrew Wood, the former Bangkok Post financial columnist, who has taken customers down multiple times for investing their cash with dodgy fund managers. Wood was offering property investments in London among other things.

Wood has now been indicted by the Economic Crimes Division after being reported by the Thai Securities Exchange Commission.

However victims are not holding their breath for just retribution. These case have a habit of disappearing or ending up with affordable fines.

Readers of this site will know how Wood was recently associated with the company Market Maker International which was given recent exposure on this site with its offices in Phnom Penh employing banks of staff on VOIP lines. It is hard to find a company whose bosses are associated with so many dodgy projects. 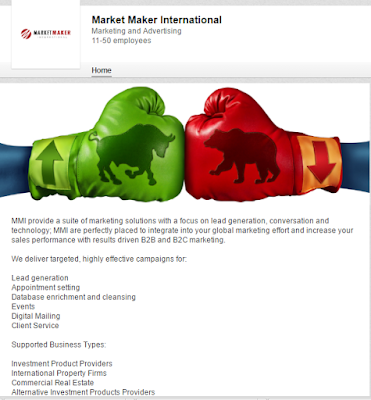 I had a report a couple of weeks ago that Market Media International had closed its operation since I wrote the story naming who was behind this operation. I noticed also its website appears to be down.

But I had not been able to confirm the closure report and if so why would I get a threatening message today warning me if I did not remove the story I would be exposed internationally as a child sex abuser? I guess they still must be operating.

The threat came from a guy calling himself ‘I am the Juan’ (I am the One…Geddit?) who in an earlier post which he wanted me to publish said he knew I was a meth addict.

“One of his friends even said that Andrew Drummond smokes meth to give him inspiration to write fictional stories”.

This is his latest offering:

“I will give you an option. Remove this article or I will ruin you. Remember, I am very well connected in Bangkok and with media outlets in Thailand and the UK. Now I can give you a taste of your own medicine by unloading a shit load of press stating that Drummond is a paedophile and was grooming young Thai school girls by offering them cornettos in order to bring them back to Drummond’s secret pad in Bangkok. And I can even get Thai school girls to confess. And I will unload this press in Thailand and the UK and then there will be a full on investigation against you and you will be ruined. Not that you had any credibility anyway. The choice is yours.

I think I can ride that one out.

Actually ‘Juan’ in earlier posts first said he lived in Phnom Penh and then said he was the Regional Marketing Director for Toshiba (Air Condition Units).

But I am not so sure a regional Toshiba exec would talk like a wide-boy or live in Phnom Penh so I can confidently guess that this he is something dodgier and now lives in Bangkok again.

It’s an interesting approach and shows the character of these people but its not exactly novel.

Boiler room boys have done this before, but they have not signalled their actions by a written threat.

Readers of this site might remember the case of Stephen Burt, aka Stephen Sharpe, who squealed on a boiler room operation in Thonglor Soi 25 some years ago.

This led to an inconvenient raid and all the openers and loaders were deported while the boss was ‘fined’.

Stephen fled to the Philippines, where of course the boss had other boiler room operations, and was promptly arrested for drugs possession and rape of a minor.

Perhaps this where ‘Juan’ got his idea from.

Stephen was three years in jail before being released without a stain on his character. There were no drugs. And the young woman involved admitted she was paid to make the accusation – oh and she was 25 anyway – though Philippines police could not spot the difference.

But it took an independent inquiry by the Human Rights Commission of the Philippines to get him off – and while that happened Stephen was being supported from funds raised by victims of the Bangkok boiler room boys.

Well connected boiler room buys would not advertise the details of their threats. In 2014 mine actually came as a promise ‘A Get out of Jail Free Card’ which is what I would get if I sold boiler room boys this website. 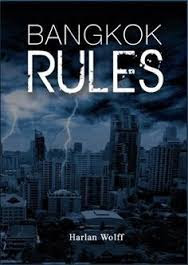 Readers of this site will also know that I left Bangkok with my children due to that exchange, as well as the  very close relationship between boiler rooms and the Thai police as well as a senior military general.

I was also advised by US Law enforcement.

But the BR guys never said what I would be framed with. I assumed illegal drugs (which in a lifetime I am ashamed to say I have never used – apart from a bit of ganga offered now and again)

It’s actually the sort of scenario which features in Harlan Wolff’s novel ‘Bangkok Rules’, though Wolff is a bit more gory with it. I got the impression from the book that Harlan knows quite a few boiler room guys, but then his pub was opposite the boiler room owned ‘Q Bar’ later renamed the ‘Vault’.

In the meantime, you guys in Rangoon/Yangon – be careful out there.

THE STORY: BEWARE THE SNIPERS OF PHNOM PENH

Footnote: The de Vere group has been taken off the Thai Security Investers Exchange Commissions ‘Investor Alert’ list…..but not mine.