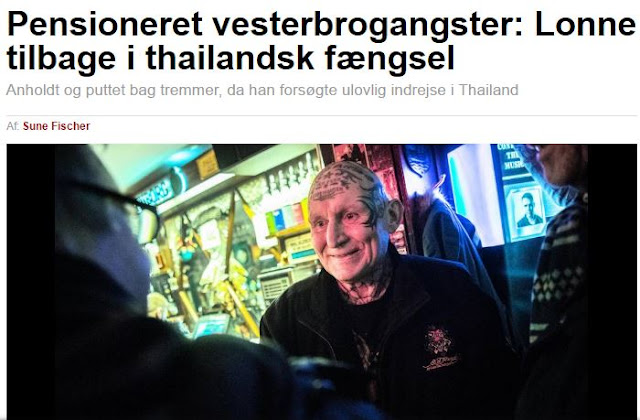 A career criminal specialising in drugs and prostitution, and also long term friend of Pattaya Dane Niels Colov, Lonne is being held in custody after being arrested attempting to enter Thailand.

Lonne Fristrup, now aged 69, was a high-profile figure in gangland Copenhagen together with Colov, who moved to Thailand to become chief of the Pattaya Tourist Police Volunteers after being convicted and jailed for pimping, coercion, vandalism and handling stolen goods.

Lonne published a book entitled ‘Born Free’ a motif which he had tattooed on his head. He was indeed born free, but spent a large part of his life behind bars.

Gronland said that Lonne was subject to a lifetime travel ban to Thailand, but had happily evaded it for years visiting the country regularly.

Gronland said he thought Lonne would simply be deported, but he has been imprisoned instead.

The newspaper said that Fristrup was now in the ‘Bangkok Hilton – a brutal and dirty place’.

Normally suspects arrested at Suvarnabhumi international airport are held at the local police station before being remanded to the Remand Prison at Khlong Prem.

Lonne was arrested in Pattaya in 2005 at the request of the Royal Danish Police for alleged drugs and arson offences. He was deported to jail in Denmark and that is when the life time ban was imposed.

However, as reported previously on this website, foreign criminals have been able to evade these bans, or even traces of them being in Thailand, by organising ‘walk throughs’ at Immigration at Bangkok International Airport.

Niels Colov, also the boss of the Pattaya People Media Group, liked to keep in touch with gangland Copenhagen, where his old haunt was the Vestrobrogade area. Here he is pictured in Pattaya a couple of years ago with Brian Sandberg, former member of the Bandidos, convicted drugs trafficker and a man also of a considerably violent record. 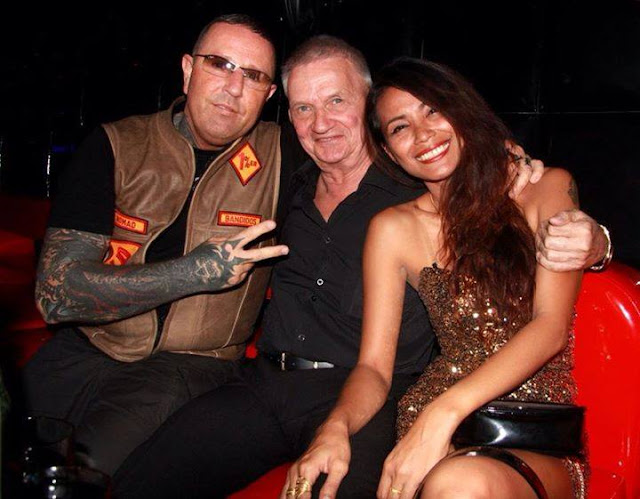 September 4, 2013 Andrew Comments Off on The Fridge And A Sex Party At The Dusit2 Baraquda and that UNESCO Award