An internet appeal has gone out to raise funds for a former counsellor at a drugs and alcohol rehab centre in Koh Samui after he was arrested on drugs related charges in Pattaya. 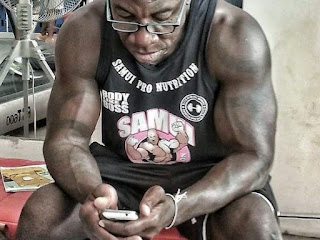 Cash is being sought for Dee Dario, a Briton, who has been involved 12 step cognitive behaviour courses around Thailand, who is banged up in Pattaya Remand Prison.

The crowd funding appeal is somewhat controversial as the cash is being sought to ‘reduce his sentence’. And Dee Dario has been widely accused of ripping off families with drug addicted sons and daughters to the tune of many thousands of dollars after relapsing into drugs again himself. 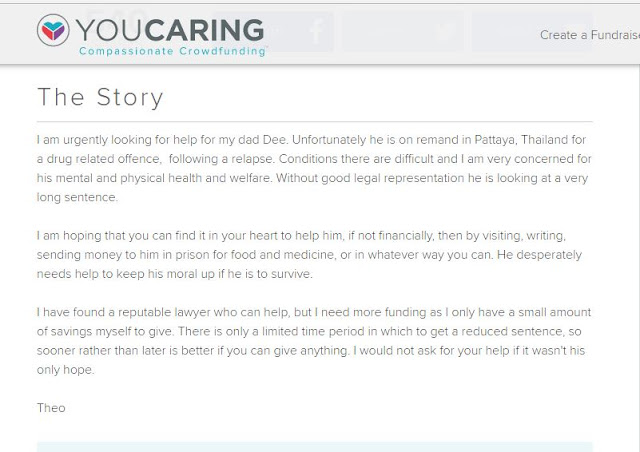 From posts on the crowd funding site Youcaring.com it appears Dario, who was involved as a counsellor and fitness instructor The White Pearl Resort and Rehab on Koh Samui and billed as Facility Director, Head Counsellor and Fitness Director at ‘Second Chance Rehab’ on Koh Samui, had run off with client funds and was thus cheating people he had promised to cure.

However other posters stated how he had helped them with their problems and were full of praise.

He apparently studied person centred counselling at the North London University – one of those new universities, this one situated off London’s Holloway Road, which has now been merged into
the London Metropolitan University, after recovering from drugs addiction.

The ‘White Pearl’ was founded by, according to the Samui Times ‘recovering drug addicts’ (but I hope they mean ‘fully recovered’) Alvaro Lopez and Lars Olsson. 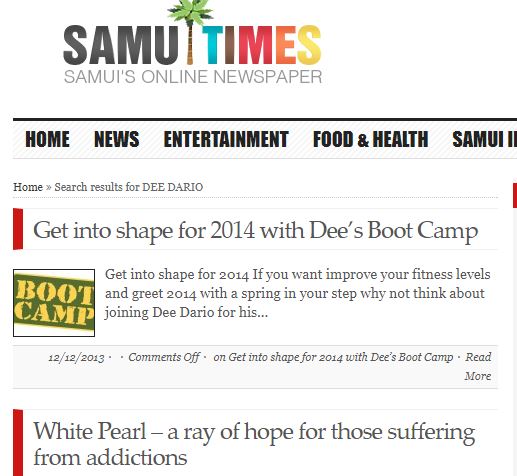 Dee Dario himself received gratuitous exposure in the Samui Times for his keep fit classes and appears to have been quite a popular figure when not under the influence. When I last looked his family in the UK had raised about £2,500 of a target of £5000. 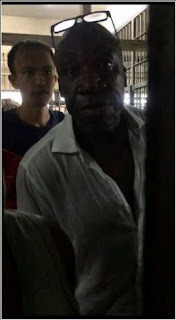 In the first instance, there is at least one victim on the site who insists it’s not about money but the betrayal and abuse of youngsters in trouble.

The point of this story must be obvious to some readers of this site. Be very careful with drug rehabs in Thailand. It is not unusual to find them staffed by former drug addicts, who themselves have been through cognitive behavioural therapy. 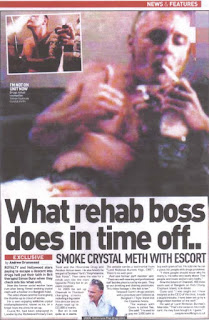 This I understand does indeed help addicts come off drugs. But it does not necessarily get rid of all the underlying problems.  And former addicts obviously know how to scam and steal because that’s how they survived to supply their habit.

Who can forget Simon Gunn, formerly of the Richmond Primary Care Trust and for the Hounslow Drug and Alcohol Action team? He started a rehab called ‘Channah’ based on Koh Chang and later near Kanchanaburi, which was the subject of a glowing report in the Bangkok Post.

We exposed Simon on this site as an active crack addict who was feeding his habit from the US£35,000 monthly fees he charged clients at his rehab.

And sometimes of course people die in these clinics through unprofessional treatment – and as this is Thailand and nobody enforces regulations – nobody gets caught. 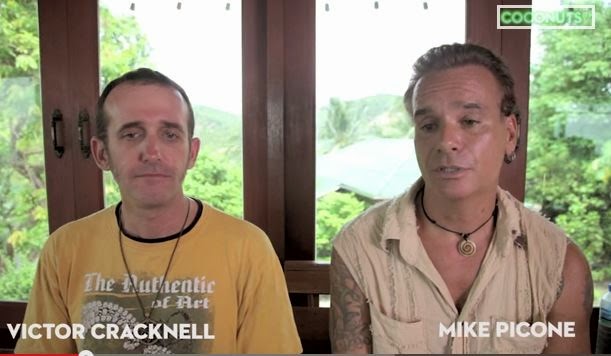 That happened after Americans, Simon Picone and Victor Cracknell from Buffalo, New York set up a clinic on the island of Koh Phangan to treat drug addicts with the drug Ibogaine, derived from the root of a tree found in Africa. 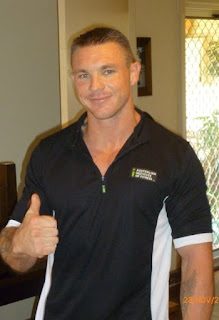 Both Americans fled the island after Thai police bungled the case of Australian Brodie Smith who died after being administered with a fatal dose.

Dee Dario only charged £6000 a month for his drug recovery programme.

I hold no strong views on what people do to themselves with drugs. Though I have never been a user I have sampled stuff in the past.   I believe I have snorted a line of cocaine with a peer of the realm in an Edinburgh nightclub.  I also fell three flights down a stairwell at the old Phnom Penh Post newspaper after a party there at which ‘ganja soup’ was one of the delights, a matter I have also admitted in ‘The Times’ when I wrote a piece on my old friend Nate Thayer, the journalist who found Pol Pot.