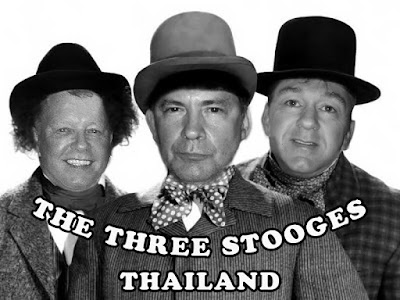 It’s going to be a busy week in the Thai courts with our famous trio – The Three Stooges all set to make appearances on various charges from fraud, embezzlement, extortion, to well, plain fibbing.

First up is Drew Walter Noyes, who with his wife Wanrapa Boonsu, has to hear the result of his appeal against his extortion sentence in Pattaya Court.

He was running a protection racket telling businesses, in this case the Thonglor Clinic in Jomtien, that they had to pay him if they were to operate in Pattaya and not be raided by police. He left for the USA last year promising to return to face sentence.

Unlike the case against migrant workers activist Briton Andy Hall, who has had his passport withdrawn in Bangkok for allegedly defaming the Natural Fruit Company in its treatment of Burmese labour, Noyes was given not only his passport back but also permission to travel abroad.

In Andy Hall’s case the judge said it was standard practice to withhold passports of foreigners and stop them leaving the country. Andy Hall is in court in Bangkok tomorrow.

In Pattaya of course the  standard practice is to reap in as much cash as possible bailing foreigners hoping they will not have to claim it back.  Many a child sex offender has taken this route which is why we see lots of arrest pictures in the newspapers but very few conviction stories. On a good case the court can rake in US$15,000. 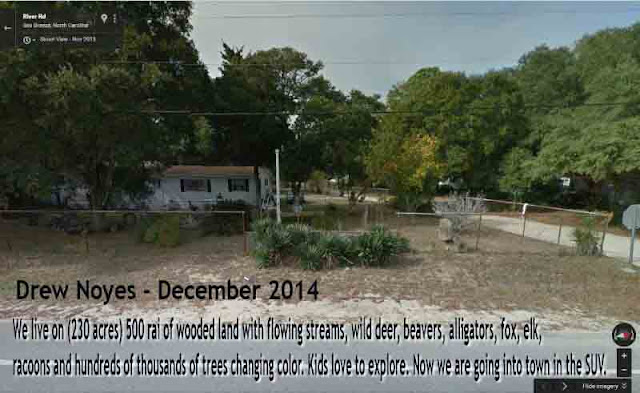 Noyes meanwhile has been helping run his One Stop Service Center – as ‘One Stop Legal Services’ from Wilmington, North Carolina, where he says he is living in perfect harmony with some five of his children (he left three legal ones behind) and ‘racoons, elk, wild beaver, alligators and flowing streams. 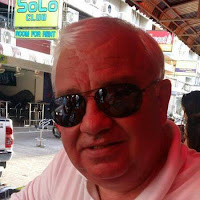 Initial calls are taken by a hapless Brit called Trevor Owen who appears to have a thing about women in uniform.

He has a thing about Immigration to the UK which may be the reason he is in Pattaya.

I don’t think Donna will be answering his plea from ‘One Stop Legal’ in the picture below, but punters should be advised there is no such name as One Stop Legal Services in Pattaya. It’s merely a name made up by Noyes.  If anyone signs a contract with One Stop Legal there is no company to sue if things go wrong. 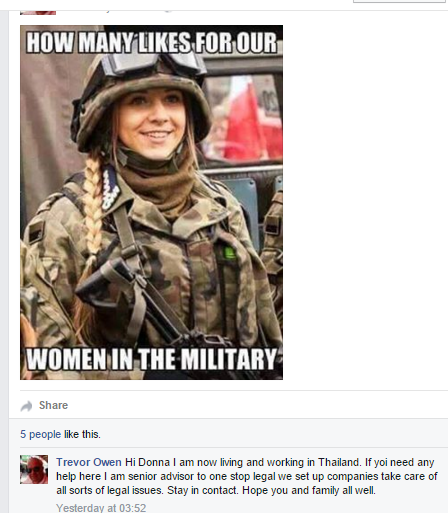 But Wanrapa Boonsu (also due in court appealing the extortion case) meanwhile  is in charge.

Noyes is certainly continuing the pretense of returning to Thailand. New signs have gone up outside the One Stop Service Center with his photo all over them. 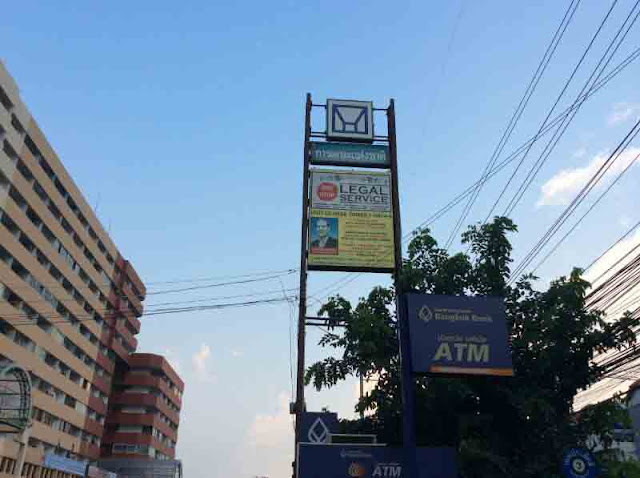 As Noyes was still dealing with customers from Wilmington last week it seems unlikely he will turn up for his case. On the other hand he had spent considerable time in Pattaya dining with judges, attending National Law Day and even holding a legal seminar.

It is expected however that he will now claim he cannot attend because of the current big freeze on the other side of the pond and disruption to air travel due to a polar vortex. 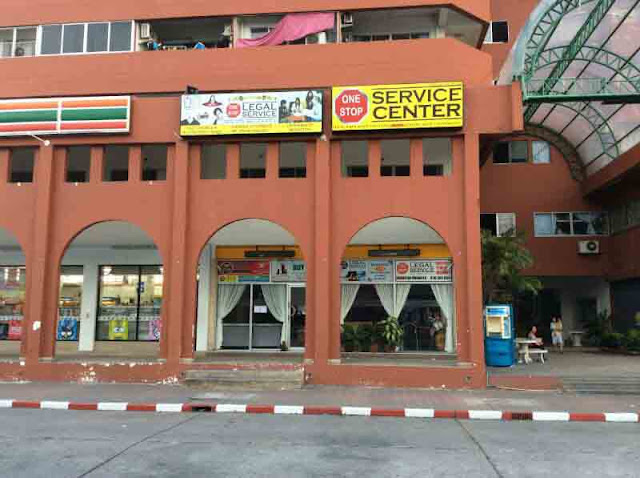 Second up is Brian Goudie, who has been sentenced to three years posing as a British barrister to cheat Barbara Fanelli Miller, 78, of Madison, Wisconsin out of nearly US$300,000 part of which was bail money for her son.

He has been holed out in the Key Bar in the Jomtien Complex in Pattaya (formerly the ‘Jaggie Thistle’ and before that the ‘Blarney Stone’ of former northern  Irish drugs trafficker Jimmy ‘Doc’ Halliday. The Key Bar is all shut up.

He was looking very nervous on a video taken over the New Year in Pattaya but continuous to announce on Facebook that he is bringing more and more charges against his ‘enemies’. As he is bankrupt and says he has not cash this seems at odds with reality.   He does NOT however have his passport.

He is unlikely to turn up as I guess he will be arrested if he does. He could be in the boondocks or have slipped over the Cambodian border.

WILL DAVID HANKS KNOW THE DAY OF THE WEEK? 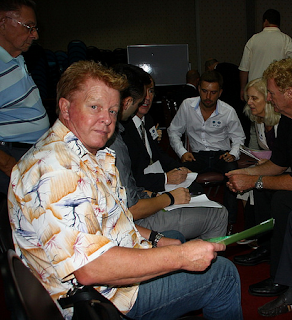 Third up is David John Hanks, who worked for Drew Noyes as ‘Pattaya One Stop Service Center’ and also worked with Brian Goudie in an attempt to scam 7 million Thai baht out of American media mogul Bill Monson, who lost his fortune to former Thai Premier Thaksin Shinawatra.

Hanks is relatively talentless and has in the main been used by Noyes and Goudie for his ‘bulk’. He is being counter sued for defamation in Bangkok by Ally Cooper, myself and Kanokrat Nimsamooth Booth.

* A check at at 1.50 pm today GMT showed that all Delta and |American Airlines flights routed from Charlotte to Narita and onto Bangkok were operating as scheduled.

Charlotte International airport is open – if he has not left by now he won’t make it of course. Otherwise he will need to claim ‘jet lag’ for not turning up. Yes he has claimed that before and judges have allowed it.