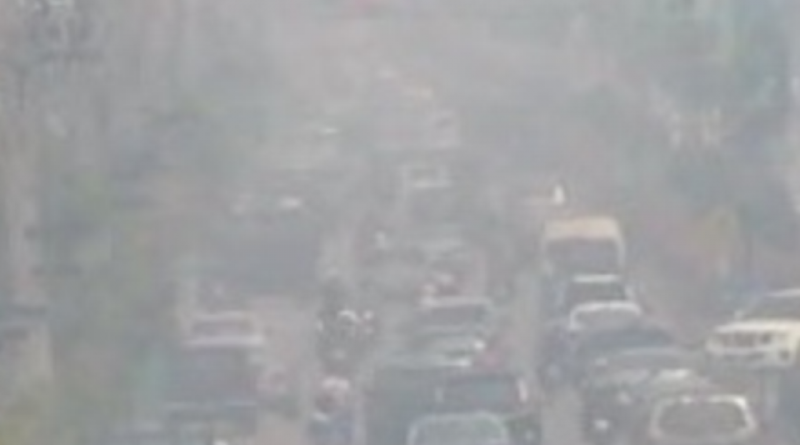 ‘WE’RE CHOKING TO DEATH! WHERE ARE YOU WHEN WE NEED YOU!’

Thai based journalist James Austin Farrell has pleaded with exiled foreign correspondents to write the truth about Thailand as the northern capital Chiang Mai topped the world’s pollution records.

In an emotional Facebook post which turned into a spat with at least one of them he demanded to know – ‘Where are the influencers when you most need them.’

Ironically three of the five journalists he named have been exiled from the country for telling the truth and doing that – and they suggested he have a go himself.

“Chiang Mai is smashing pollution records today. While all the political analysts are getting down with voting drama on social media, not a word is said about an impending natural disaster that is hospitalizing my friends’ children and generally killing us all slowly. Where are the ‘influencers’ when you really need them?”

Andrew MacGregor Marshall, Claudio Sopranzetti, Eugénie Mérieau, Andrew Drummond, Nick Nostitz – There is only one thing these people should be talking about now. The fact they say nothing only tells me they like their expertise more than they care about people. Don’t read them until they attempt to have an effect.”

Andrew McGregor Marshall, former Reuters Correspondent who cannot return to Thailand due to his excellent ground-breaking work on the Thai Monarchy replied diplomatically:

“Yes it’s an important issue that needs more attention. I certainly plan to write about it, and I realise that the fact I can’t visit Thailand means that I don’t experience the effects as viscerally as you and your family do. But you are a journalist, if you don’t think others are doing the job properly, try your best to do it yourself, instead of moaning about others.”

Nick Nostitz, who also did ground-breaking work on the Red-Yellow shirt conflict and was the recipient of vicious attacks replied:

Why on earth would I write about something I have not the slightest clue about?. And being about 11000 km away is not exactly the right location to research that topic…
I have my field of expertise, and others are much better suited and more knowledgeable to write about environment issues than I could possibly be.
Or do you want me to just add to the cacophony of uneducated opinions just because i have a bit of popularity in Thailand (but am a nobody anywhere else?”

The conversation then went downhill.

“Thanks for the point you make. You are right, maybe in this electoral and political roller-coaster we are missing some of the larger environmental processes which will end up making everything else secondary. Will be happy to repost on this if you have good articles or analysis to suggest.”

I was better known in the end for writing about foreign  crooks in Thailand and Thai official collusion.

“James. Most of us named are not in Thailand because we wrote unpalatable truths. We made the supreme sacrifice. Most of the forest had gone before I even got there 31 years ago.
And each of the following years I saw not only Thailand, but other parts of southeast Asia deteriorate. It’s called ‘progress’ by some.

If it’s any consolation the Conservative government here are doing their bit toward the environment and we must pay 5p to 10p for plastic bags in the supermarket so we’re going to save a lot of whales. And soon maybe we fish-out the North Sea again. What might work, however, is that if you can prove a ‘farang’ (foreigner) has died due to air pollution in Chiang Mai – that might do the trick. Now if you ask me: Does it need somebody to die to make changes in Thailand? The answer I am afraid is ‘Yes’ – Maybe many unfortunately.”

That is what normally happens when the status quo is interfered with. It seems the figurehead in Thailand is not doing much for the ozone.